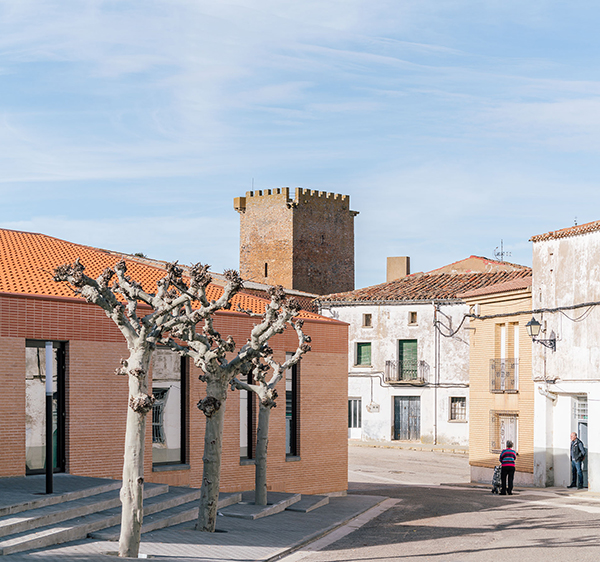 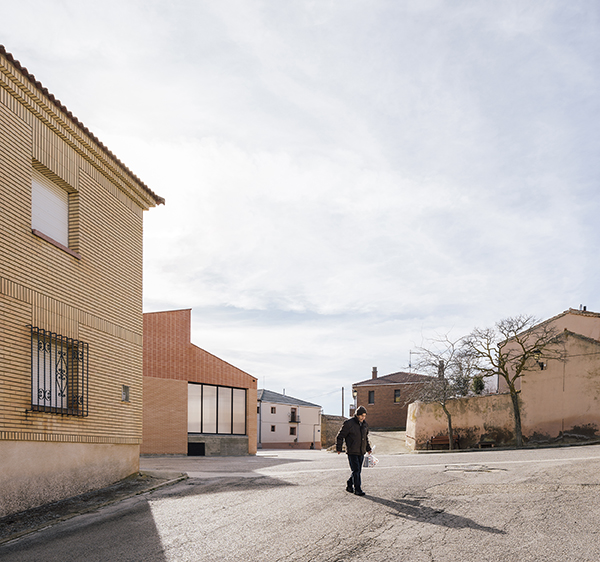 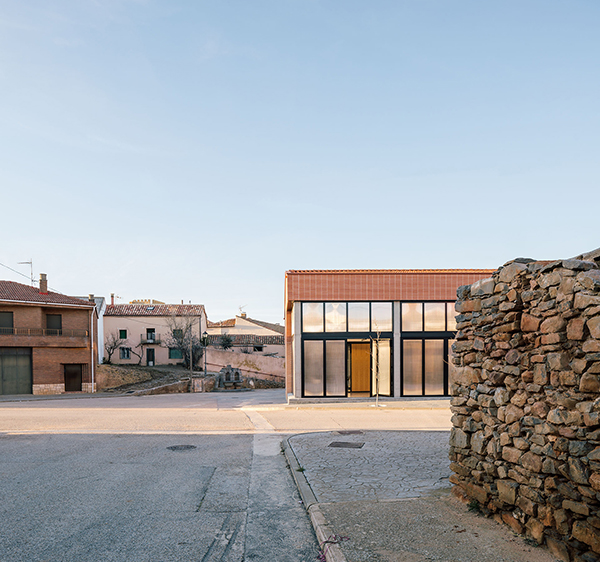 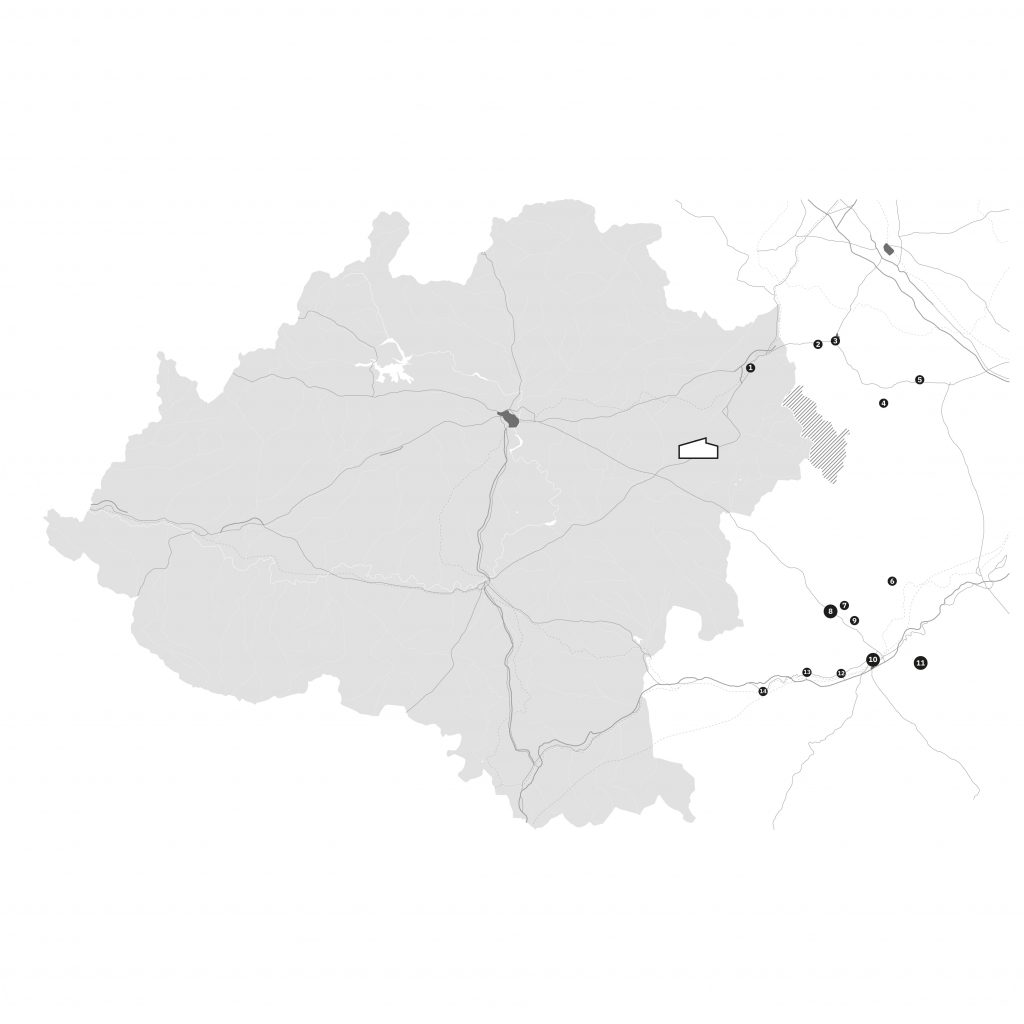 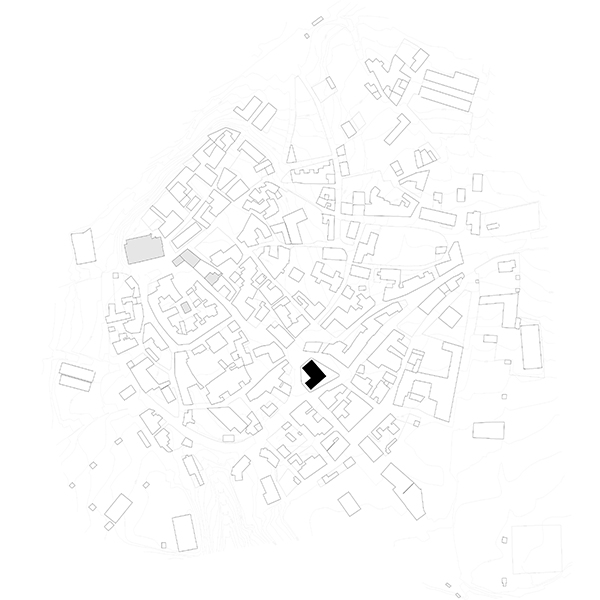 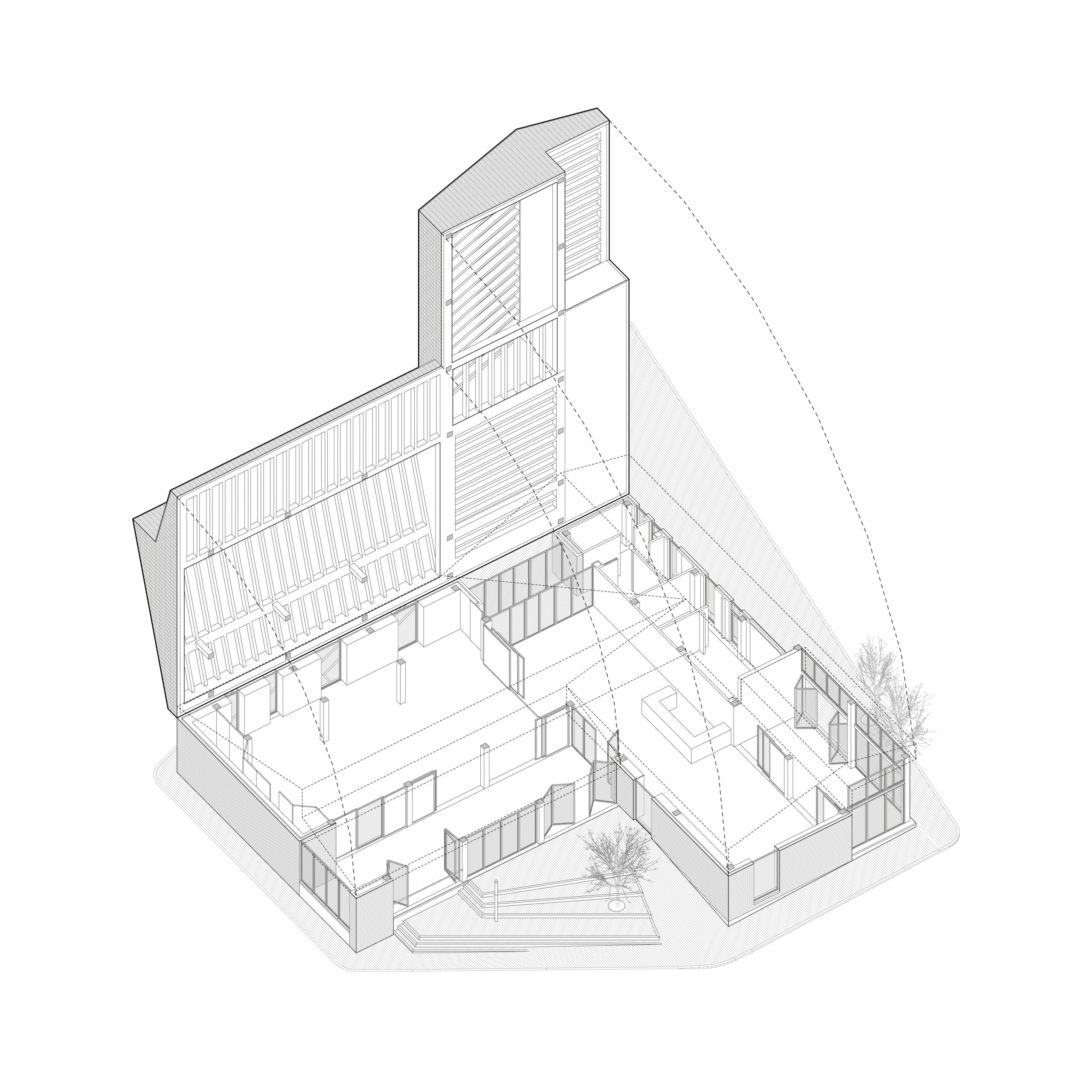 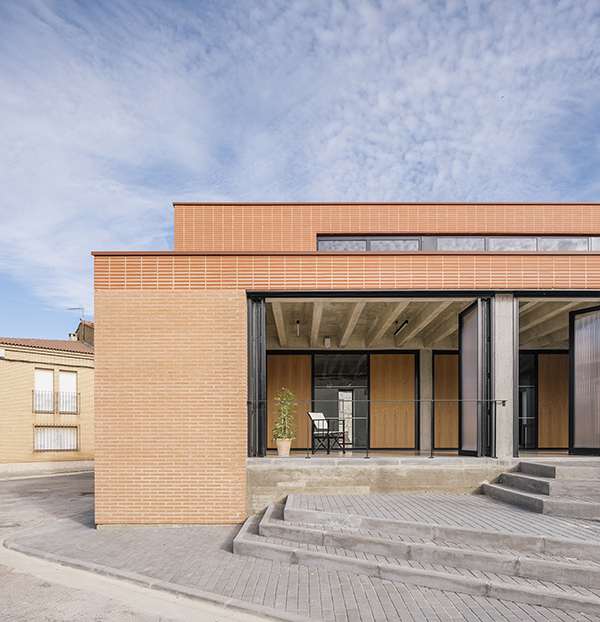 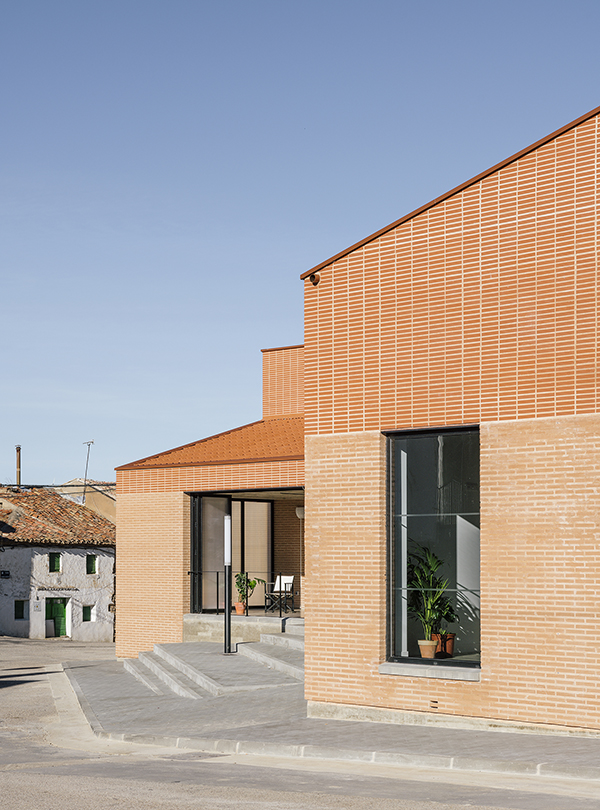 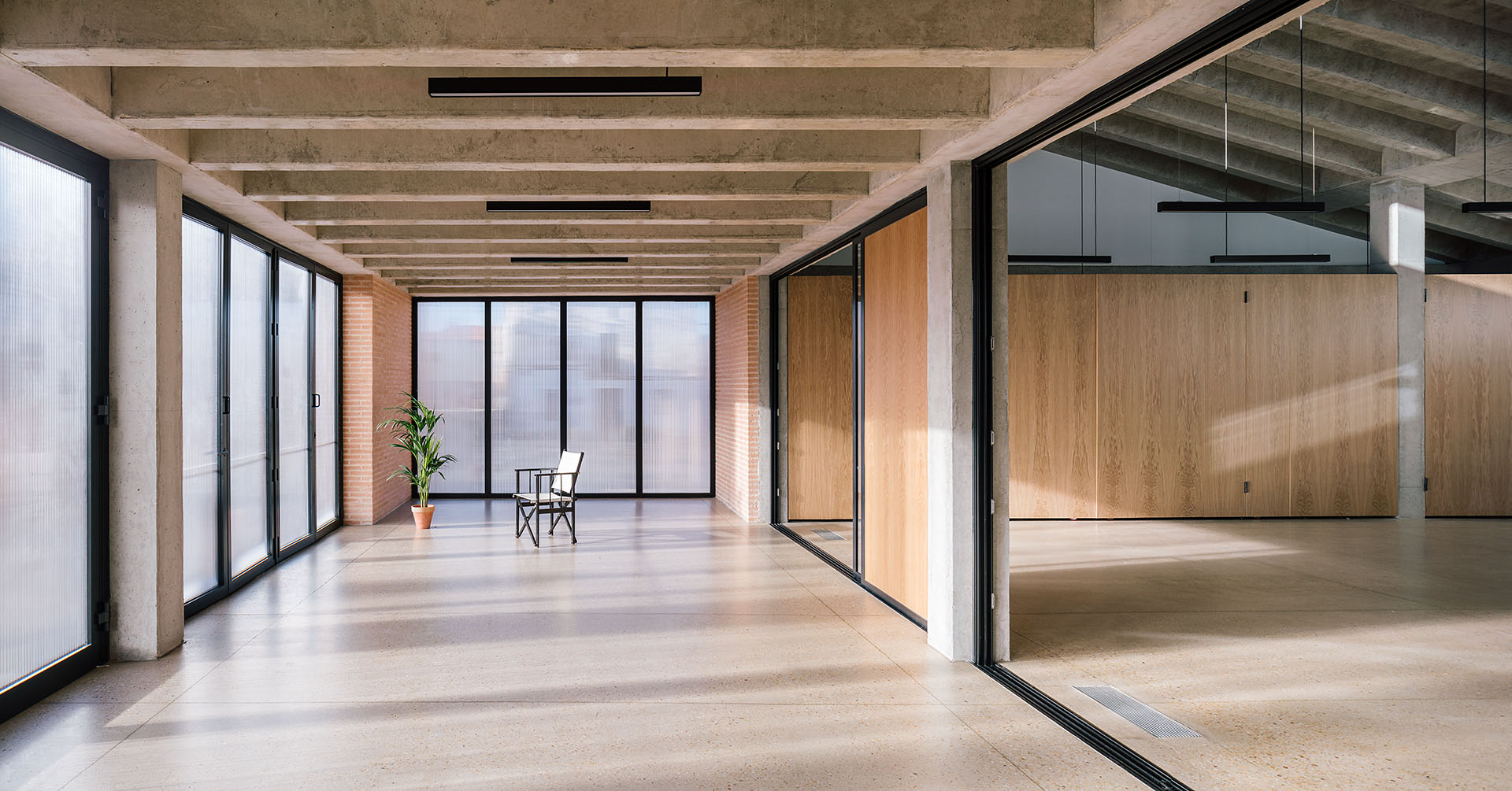 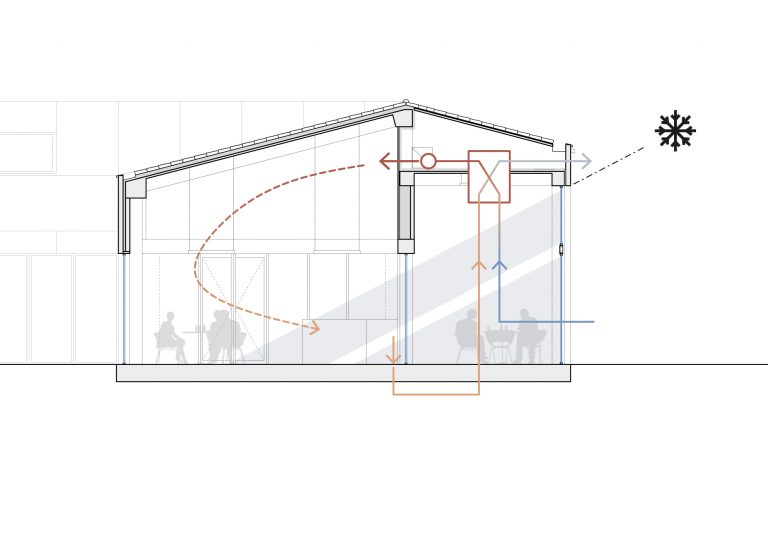 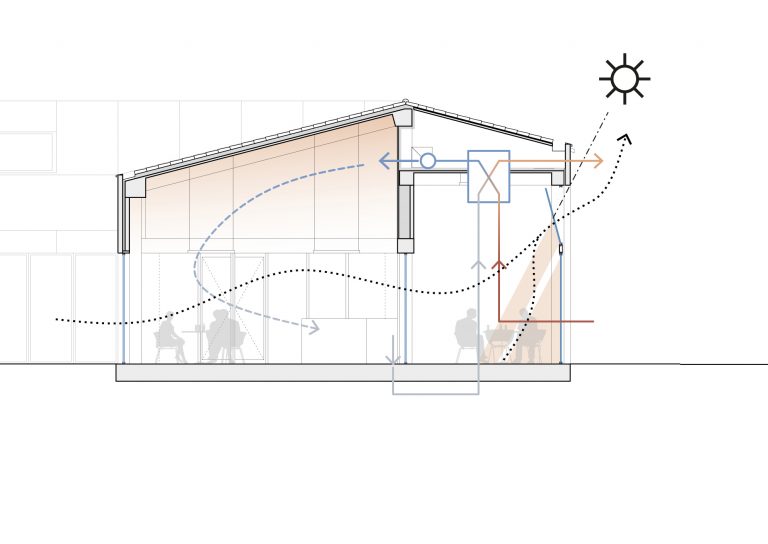 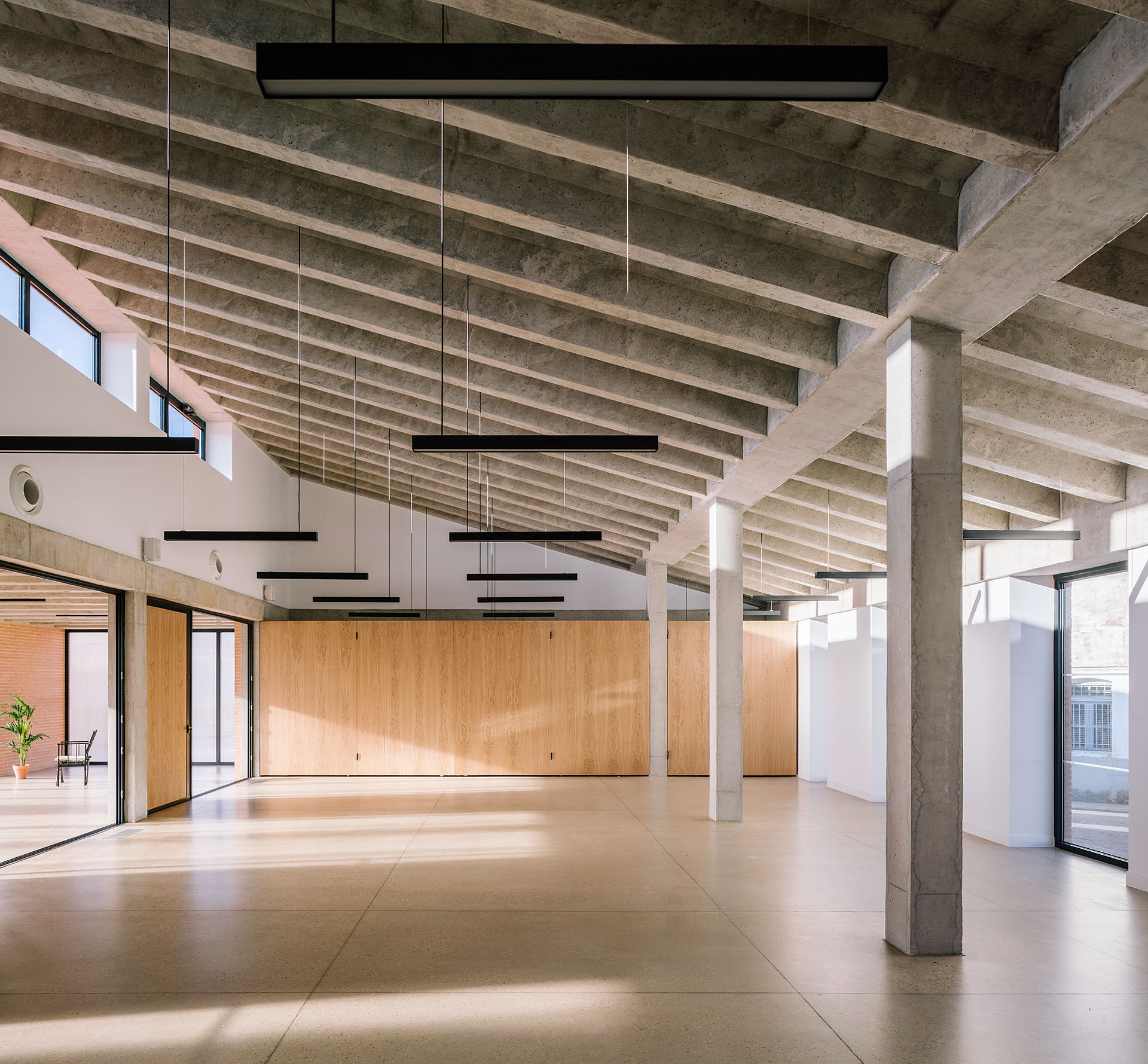 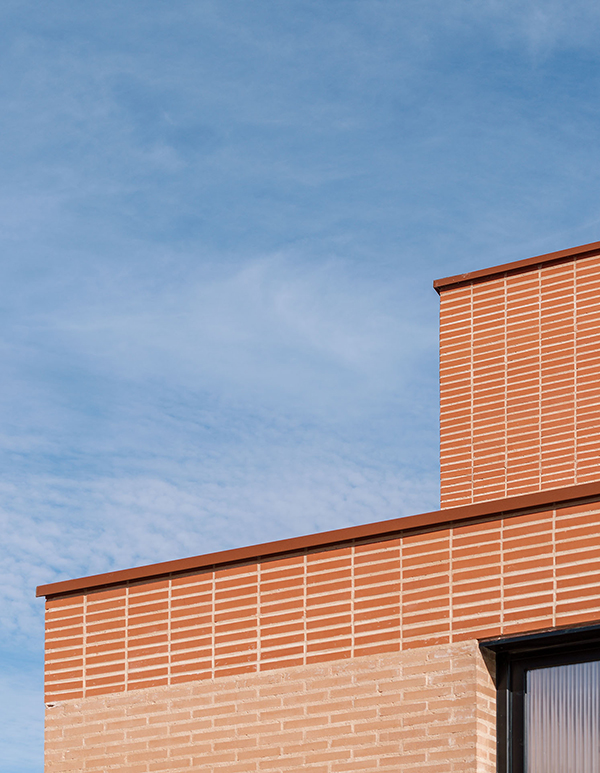 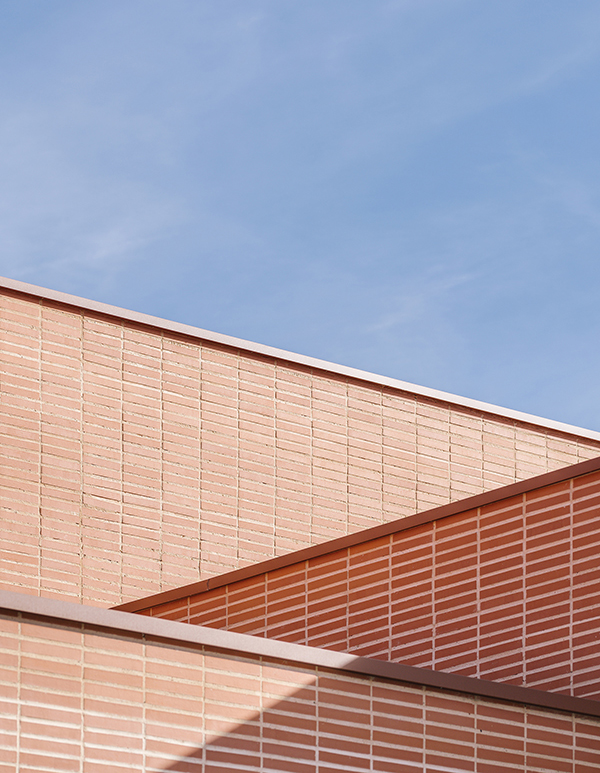 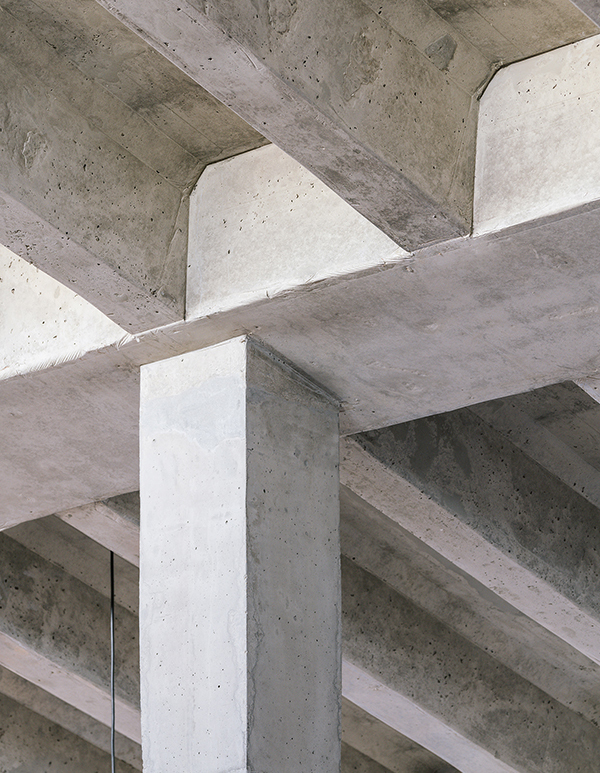 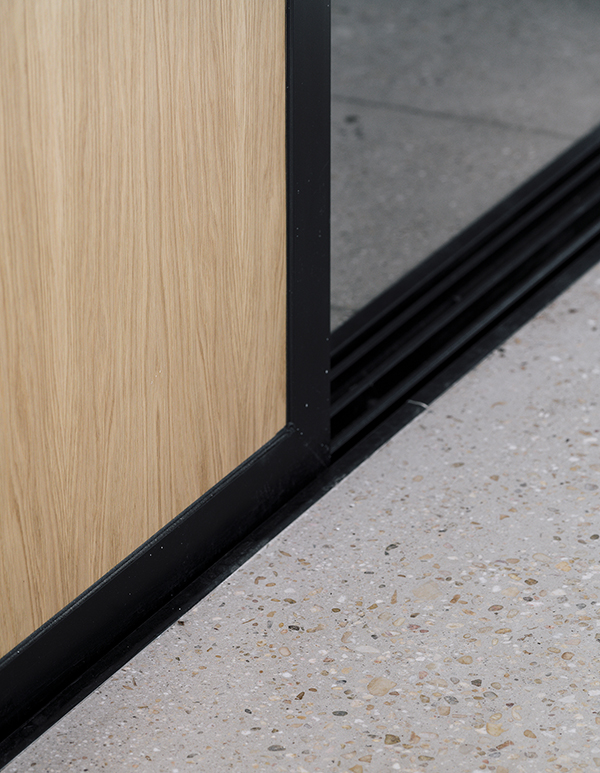 The new Teleclub Bécquer acts as a daily meeting place for the residents of Noviercas. It replaces the only bar that since 1970 housed the first television in this village in the northeast of Soria, now part of the empty Spain.

It is located in the centre of the square: at the edge of the old road and surrounded by two streets that lead to the Arab tower, the town hall and the church. The Teleclub has two naves “L” shaped that, while maintaining the footprint, use and volume of the previous building, are designed to give it great flexibility. The two main spaces are configured so that they can be used independently or together, and can accommodate all the inhabitants at once. Sliders, mobile partitions and doors allow the extension of these main spaces towards the thermal buffers; interstitial spaces that, besides favouring the thermal behaviour of the building, generate a spatial relief by diluting the division between square and building, extending the activities towards the square.

Thermal comfort has been a determining factor in shaping the building. It is located at an altitude of +1,095 metres above sea level in a place with winter snowfalls and constant cold weather. It is blinded to the north to protect itself from the wind and opens up to the south, to take advantage of the abundant solar radiation by the thermal buffers (SE and SO); They are built by duplicating main spaces’ skin with another polycarbonate skin that generates some living spaces with a fundamental thermal role: In winter, the outside air is preheated by the sun to minimize the thermal jump with which clean air accesses the air conditioning system, which also has heat recuperators. In summer, they prevent overheating thanks to their geometry and their capacity for self-ventilation. They can also be opened completely, acting as a covered terrace that protects from the sun while allowing cross ventilation through the whole building, which is also favoured by the prevailing winds.

Thanks to the buffers, the controlled openings and the skylight, a large amount of natural light is introduced, which, reflected in the concrete of the slabs and floor, reinforces the geometry of the spaces, giving them a welcoming warmth. At night, the role of light is inverted and the polycarbonate turns the building into a lighthouse element that draws attention to the main meeting place of the town.

Situated in the area of influence of the Mudejar architecture of Borja, Tarazona or Calatayud, special attention has been paid to its integration both in terms of the landscape and culture. It recovers the use of flat brick with a wide flush bond in the lower part of the facades, from ground contact to a height of 2.70 m, configuring the walls on which the roof rests. This is understood as a “casing” resolved by mixed roof tiles whose linearity is prolonged and turned vertically by vertical bond bricks of the same colour to give homogeneity to the roof casing.

In the interior it is the structure that strengthens and highlights the order. It is made by in situ concrete ribbed slabs that show some rhythmic sloping ribs in the naves and horizontal ones in the buffers. The lights have a highlighting role, suspended as if floating in the virtual plane that at 2.70 separates the two layers. Finally, the use of a single continuous concrete floor accentuates the flexible and extensible nature of the entire building.